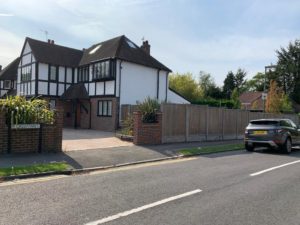 Our client approached us after having received a refusal from Elmbridge, for the erection of a 1.8m high side boundary fence. The Council argued that the proposal would appear incongruous and overly dominant in the street scene. We challenged this and proposed that the fencing would have no harmful impact on neighbouring amenities.

The planning inspectorate allowed the appeal and granted planning permission, concluding that the design maintains the character and appearance of the area.

Have you received a refusal that you wish to challenge? Call our experienced team today on 020 8995 7848 to discuss your options.