Planning Appeal allowed for a first floor extension to the house.

Hounslow council refused the proposal for a rear extension on the grounds that the proposed excessive size scale and bulk would cause harm to the character and appearance of the street scene and existing property.

The client came to MZA for help submitting a householder planning appeal.

The Planning Inspectorate agreed with what was outlined in the appeal statement and highlighted in their report that ‘there would be no adverse affect to the host building or the surrounding area’ and allowed the proposal with conditions. 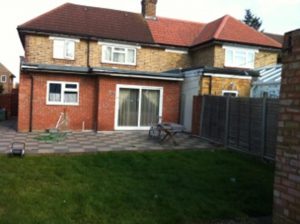