The client contacted us after his planning application had failed. We set about appealing his case by way of Informal Hearing as that would enable him ensure his point was clearly communicated to the Inspector.

MZA prepared a detailed appeal statement arguing why the Council’s reasons for refusal were not justified. In particular the Council argued that the proposed church/ community use was at odds with the employment designation of the site and surroundings. MZA argued that in addition to the church there were training facilities for the local community, in particular air-conditioning training. 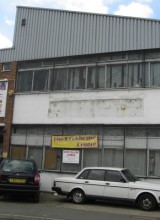