Change of Use Application & Follow-on Appeal – London Borough of Ealing

Following a detailed and favourable pre-application submission Ealing Council refused 2 subsequent planning applications, the Planning Inspectorate have approved the development for change of use. 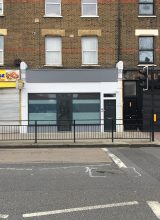 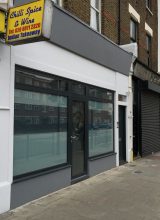 Initially, an application for change of use from A2 to C3 for the creation of 1 self contained flat was submitted and refused by Ealing Council. The application was refused because the design, layout and internal floor area would result in the loss of a commercial unit.

We then submitted a revised application for 2-self contained flats, this too was refused on the basis that:

– the proposed development would cause the loss of the existing commercial unit
– the residential unit that would replace the commercial unit would be out of place within the parade as the locality is predominantly commercial in nature
– the proposed flat 1 would not provide a good standard of living due to the noisy street frontage and privacy issues. Therefore, the proposal would be contrary to council policies.

We then advised that an appeal should be submitted to reverse the council’s decision.
The Planning Inspector in their decision stated that the parade was mixed in nature consisting with shops and services interspersed by residential uses. The Inspector also argued that although the proposal would result in the loss of a commercial unit, marketing evidence from the Estate Agent highlighted that the property as a commercial unit had remained unoccupied for at least 2 years so the proposal would mean that an otherwise vacant property would now be occupied as self-contained flats. Although the Inspector did highlight that the property would be overlooking a busy parade, the Inspector stated that the site lies within a secondary frontage in an area of limited footfall so the privacy of a potential occupier would not be significantly affected. The Appeal Inspector approved the proposal with a condition that an application of details of the arrangements for refuse and recycling storage would need to be submitted to Ealing Council. We also submitted the application for details refuse and recycling storage and this has also been approved by Ealing Council.