Cost can be awarded where a party has behaved unreasonably and where the unreasonable behaviour has directly incurred the other party wasted expense during the appeal process.

The client submitted an application for a rear dormer to loft room. This application was refused for the below three reasons:
– The proposal would be out of character to area, and break the symmetry of the terraces.
– The proposal gives insufficient information about the impact the development would have on the health and safety of the neighbouring tree
– The location of the proposed windows would cause overlooking to neighbouring property.

The Council Planners claimed in the second reason for refusal that the health and safety of the tree would be negatively impacted by the extension. However, due to a lack of diligence they failed to recognise that their own Council had earmarked the tree for removal and replacement with a smaller one. The tree was subsequently removed. 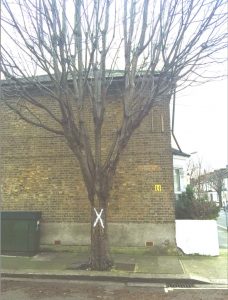 The client then contacted MZA to submit an appeal on their behalf to the planning Inspectorate to reverse the council’s decision. MZA also advised that an application of costs should also be made as the council had been unreasonable for refusing the application on grounds that the proposal would have a negative impact on a tree which the council never fully assessed accurately.

In this situation the council’s unreasonable behaviour resulted in unnecessary costs to the appellant, as the second reason for refusal should not have been included. This reason given by the council for refusal was vague, generalised and unsupported by objective analysis. The case officer also failed to consult relevant internal departments and made inaccurate assumptions about the impact that the proposal would have on the tree. The lack of communication here resulted in unnecessary and avoidable costs to the appellant.

The client’s application for costs was successful and the Council had to pay.