MZA Planning are delighted to announce another success in the appeal department! We were able to overturn the council’s decision for our client in Merton. Our client was proposing to demolish a garage and erect a three-bedroom house. The land to which this proposal was related to just so happened to be land that was required for Crossrail 2 according to TFL’s plans, however the funding and delivery of the project remained uncertain. 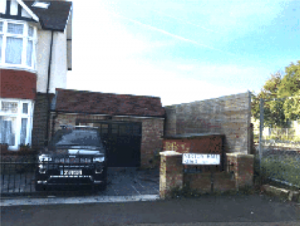 The government issued a safeguarding direction in 2015 that was intended to reserve the land for the development of Crossrail 2, which made Merton Council refer the decision to TFL due to the scheme’s proximity to the safeguarded area. Initially, TFL stated that the proposal was not within the safeguarded area; however, at the hearing, it indicated that more recent plans showed that the site will actually be required to deliver Crossrail 2.

Prior to the hearing being scheduled, our team prepared a statement in support of the appeal which argued that the proposed development would deliver high quality living accommodation, and most importantly, that the appeal site is clearly outside of the area that has been safeguarded for future transport infrastructure. During the hearing, one of our experienced Planning Consultants was present to support our client and argue in favour of the scheme.

The Inspector was in agreement with our argument, noting that the new plans held no formal status as they were not yet in public domain, and that further changes might occur as construction would not begin until 2023. Therefore, the appeal proceeded to be allowed.