Appeal Won (Ealing): Turntable that Car Out of Here!

Our team at MZA is happy to add another successful case to the record! We recently overturned Ealing Council’s decision to refuse our client’s application for a vehicle crossover. The proposal was refused on the grounds that it would likely lead to vehicles reversing to / from a busy classified road, to the detriment of the safe and free flow of traffic and highway safety. The client’s desire to have a turntable was also denied, and was not considered to be acceptable to mitigate the effects of proposed movements to / from this property. 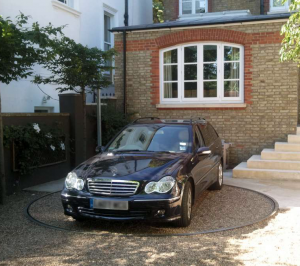 To support the appeal, we argued that the proposed turntable would enable a vehicle to both enter and exit the appeal site in a forward gear, which would in turn ensure that the development does not adversely affect the safe and free flow of traffic and highway safety generally. Additionally, it was argued that there are a large number of existing vehicle crossovers along the same street, and pedestrians and other drivers are well aware of their existence and the need to be vigilant. The Inspectorate therefore took our points into considerations and proceeded to allow the appeal!